CAMBRIDGE – Give US President Joe Biden, a Democrat, credit for reappointing Jerome Powell, a Republican, to a second four-year term as chair of the United States Federal Reserve In doing so, Biden passed up a very strong alternative in Lael Brainard, the candidate much preferred by progressives, and who in the abstract would also have been an excellent choice. Firmly resisting strong pressure from the left wing of the Democratic Party, Biden accomplished several things at once.

First, and most important, he reaffirmed the central bank’s independence from political pressures. His predecessor, Donald Trump, inherited a very capable central bank head, Janet Yellen, and he acknowledged as much. But he decided that it was preferable to have his own person in charge, perhaps hoping that he could call on Powell not to tighten monetary policy in the run-up to the 2020 election.

There are many reasons to be critical of the International Monetary Fund an... →

As with many of Trump’s decisions, this was a sharp break with tradition. New presidents typically reappoint a competent Federal Reserve chair to serve a second term. Biden’s choice resets the tradition. In the unlikely event Trump were to become president again in 2025, would he feel the need to pass over Powell for a third term because Biden had endorsed him? Probably.

In reappointing Powell, Biden also took an important step toward establishing his own independence, in particular from his party’s strident left wing, which until now has exerted enormous influence. Biden tacked hard toward the center, basing his choice almost entirely on competence and picked a candidate whom many Republicans also endorsed.

Perhaps some of Biden’s newfound emphasis on competence will rub off elsewhere in his administration. Having campaigned as a centrist who knows how to cross the aisle, Biden showed it when the stakes were high. This was the most important appointment of his presidency. Anyone who has studied political business cycles knows that the central bank can have an enormous influence by timing interest-rate cuts to gin up the economy just before an election.

At a time when the post-pandemic economy is still incredibly volatile and the tea leaves still hard to read (though frankly the US labor market looks red-hot), the choice of Powell made Fed policy more predictable and easier to interpret. As excellent a choice as Brainard might have proved to be, there still would have been a period of adjustment for markets as they learned to understand her language and signals.

The Wall Street Journal editorial page, certain that the Fed’s policy will inevitably lead to ultra-high inflation regardless of who is in charge, dismissed the choice between Powell and Brainard as “Tweedledum and Tweedledee.” But that denies some consequential differences. Beyond the regulatory stances for which progressives praised her, Brainard, who will become vice chair, has shown herself especially open to innovative ideas about the evolution of central-bank policy in a world of low real interest rates.

Admittedly, I have been painting a somewhat sanguine picture of the decision to reappoint Powell. In fact, the most recent figure for consumer price inflation, at over 6%, was eye-popping. True, so far, financial markets seem to believe Powell’s argued that most of it is transitory: Medium-term inflation expectations are just over 2% – not yet particularly high by the standards of the past decade. With Powell no longer looking over his shoulder as Biden decides on his reappointment, one might argue that he will no longer feel constrained in tightening monetary policy when the need arises. But has the Fed already waited too long?

It is a tough call. There is a chance that the factors underpinning recent inflation spikes turn out to be transitory, so that the Fed can double down on its dovish policy and later say, “We told you so.” Unfortunately, there is also a good chance that wage and price hikes start chasing each other, with inflation proving far from transitory. If that happens, and if the public begins to lose confidence in price stability, it may take a rather significant recession to restore faith.

At that point, some might say that the Fed should just opportunistically recalibrate and tell everyone that it intends to raise its inflation target to 3% or 4%. This scenario was a key recommendation of one of the core papers the Fed commissioned in its 2019 reassessment of its monetary framework. Unfortunately, to allow inflation to drift inexorably higher, and only then tell the public that there is now a higher new normal, would most likely prove extremely destabilizing.

It has long been my view that a much more elegant way to create space for interest-rate cuts in a deep recession involves negative interest-rate policy. True, this would require that the Fed be prepared to avail itself of one of the increasingly many options for discouraging cash hoarding that might otherwise limit the policy’s effectiveness.

Of course, the Fed could hike interest rates preemptively, but that might crash markets and put the economy into recession.

There are no easy options for the Fed at his point, and that would have been true had Brainard, not Powell, gotten the nod. So, at the end of the day, give Biden credit for understanding that no matter how much political pressure his administration was facing to bring the Fed to heel, it was better to uphold central-bank independence – and his own. 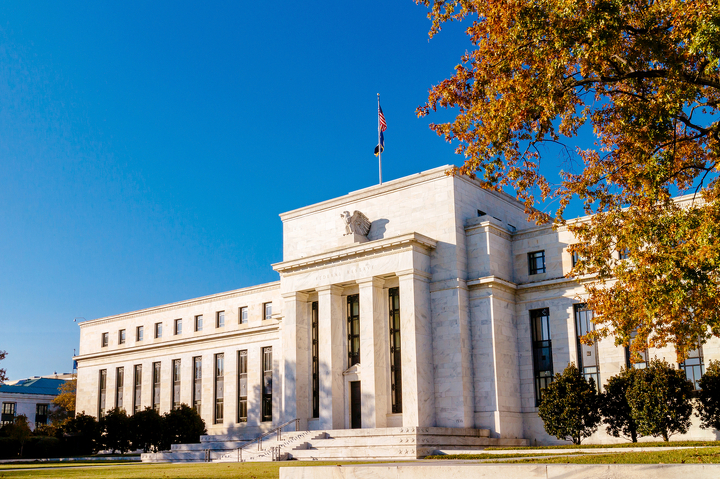