NEW YORK – The United States expects to “celebrate independence” from COVID-19 by Independence Day (July 4), when vaccines will have been made available to all adults. But for many developing countries and emerging markets, the end of the crisis is a long way off. As we show in a report for the Institute for New Economic Thinking’s (INET) Commission on Global Economic Transformation, achieving a rapid global recovery requires that all countries be able to declare independence from the virus.

Because the coronavirus mutates, it will put everyone at risk as long as it continues to flourish anywhere in the world. It is thus critical that vaccines, personal protective equipment, and therapeutics be distributed everywhere as quickly as possible. Insofar as today’s supply constraints are the result of a poorly designed international intellectual-property regime, they are essentially artificial.

While IP reform in general is long overdue, what is needed most urgently now is suspension or pooling of the IP rights attached to products needed to fight COVID-19. Many countries are pleading for this, but corporate lobbies in advanced economies have resisted, and their governments have succumbed to myopia. The rise of “pandemic nationalism” has exposed a number of deficiencies in the global trade, investment, and IP regimes (which the INET Commission will address in a later report).

Advanced economies, especially the US, have acted forcefully to reignite their economies and support vulnerable businesses and households. They have learned, even if only briefly, that austerity is deeply counterproductive in such crises. Most developing countries, however, are struggling to obtain the funds to maintain existing support programs, let alone absorb the additional costs imposed by the pandemic. While the US has spent some 25% of GDP to support its economy (thereby greatly containing the magnitude of the downturn), developing countries have been able to spend only a small fraction of that.

Our calculations, based on World Bank data, show that at nearly $17,000 per capita, US spending has been some 8,000 times higher than that of the least-developed countries.

Beyond unleashing their fiscal firepower, developed countries would help themselves and the global recovery by pursuing three policies. First, they should push for a large issuance of special drawing rights, the International Monetary Fund’s global reserve asset. As matters stand, the IMF could immediately issue about $650 billion in SDRs without seeking approval from member-state legislatures. And the expansionary effect could be boosted significantly if rich countries were to transfer their disproportionately larger allocations to countries in need of cash.

The second set of actions also involves the IMF, owing to its large role in shaping macroeconomic policies in the developing world, particularly in countries that have turned to it for help with balance-of-payments problems. In an encouraging sign, the IMF has actively supported the pursuit of massive, prolonged fiscal packages by the US and the European Union, and has even recognized the need for enhanced public spending in developing countries, despite the adverse external conditions.

But when it comes to setting the terms for loans to countries facing balance-of-payments stress, the IMF’s actions are not always consistent with its statements. An Oxfam International analysis of recent and ongoing standby agreements finds that between March and September 2020, 76 of the 91 IMF loans negotiated with 81 countries required public-expenditure cuts that could undermine health-care systems and pension schemes, freeze wages for public-sector workers (including doctors, nurses, and teachers), and reduce unemployment insurance, sick pay, and other social benefits. Austerity – especially cutbacks in these vital areas – won’t work any better for developing countries than it would for developed ones. And more assistance, including the SDR proposals discussed above, would give these countries additional fiscal space.

Lastly, developed countries could orchestrate a comprehensive response to the overwhelming debt problems many countries are facing. Money spent servicing debt is money that is not helping countries fight the virus and restart their economies. In the early stages of the pandemic, it was hoped that a suspension of debt servicing for developing countries and emerging markets would suffice. But it has now been over a year, and some countries need comprehensive debt restructuring, rather than the usual Band-Aids that merely set the stage for another crisis in a few years.

There are a number of ways that creditor governments can facilitate such restructurings and induce more active participation from the private sector, which so far has been relatively recalcitrant. As the INET Commission’s report emphasizes, if there were ever a time to recognize the principles of force majeure and necessity, this is it. Countries should not be forced to pay back what they cannot afford, especially when doing so would cause so much suffering.

The policies described here would be of enormous benefit to the developing world and would come at little or no cost to developed countries. Indeed, it is in these countries’ enlightened self-interest to do what they can for people in developing countries and emerging markets, especially when what they can do is readily available and would bring enormous benefits to billions. Political leaders in the developed world must recognize that no one is safe until everyone is safe, and that a healthy global economy is not possible without a strong recovery everywhere.

This commentary is also signed by Rob Johnson, Rohinton Medhora, Dani Rodrik, and other members of the Commission on Global Economic Transformation at the Institute for New Economic Thinking.

Michael Spence, a Nobel laureate in economics, is Emeritus Professor at Stanford University and Senior Fellow at the Hoover Institution 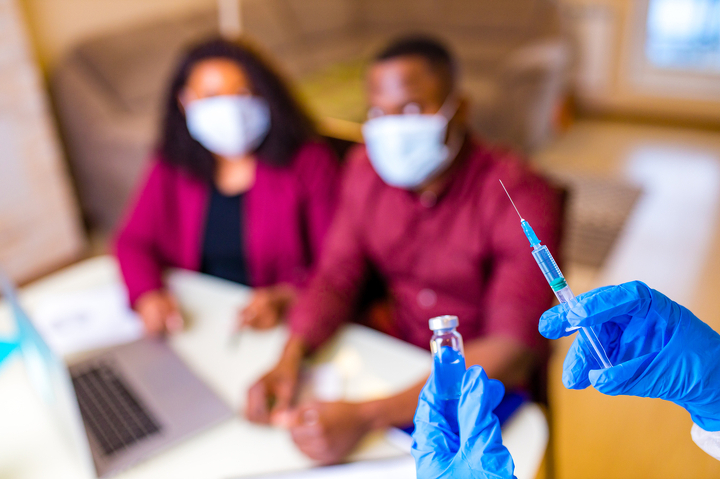