NEW YORK – One month ago, in Myanmar, protesters against the military coup gathered around the United States embassy in Yangon. They called on President Joe Biden to make the generals go back to their barracks and free Aung San Suu Kyi from detention. Her party, the National League for Democracy, won a big victory in the 2020 general election, which is why the generals, afraid of losing their privileges, seized power But is the US embassy the best place to protest? Can the US president do anything substantial apart from expressing disapproval of the coup? The protesters’ hope for a US intervention shows that America’s image as the champion of global freedom is not yet dead, even after four years of Donald Trump’s “America First” isolationism.

Demonstrators in Hong Kong last year, protesting against China’s harsh crackdown on the territory’s autonomy, even regarded Trump as an ally. He was erratically hostile to China, so the protesters waved the stars and stripes, hoping that America would help to keep them free from Chinese communist authoritarianism.

America’s self-appointed mission to spread freedom around the world has a long history. Many foolish wars were fought as a result. But US democratic idealism has been an inspiration to many as well. America long saw itself, in John F. Kennedy’s words, as a country “engaged in a world-wide struggle in which we bear a heavy burden to preserve and promote the ideals that we share with all mankind.”

As Hungarians found out when they rose up against the Soviet Union in 1956, words often prove to be empty. The Hungarian Revolution, encouraged by the US, was crushed after 17 days; the US did nothing to help those it had egged on.

Sometimes, however, freedom has been gained with American help, and not just against Hitler’s tyranny in Western Europe. During the 1980s, people in the Philippines and South Korea rebelled against dictatorships in huge demonstrations, not unlike those in Hong Kong, Thailand, and Myanmar in the last two years. So, of course, did people in the People’s Republic of China, where a ten-meter tall “Goddess of Democracy,” modeled on the Statue of Liberty, was erected on Tiananmen Square in 1989.

The Chinese demonstrations ended in a bloody disaster, but pro-democracy forces toppled Ferdinand Marcos’s dictatorship in the Philippines and South Korea’s military regime. Support from the US was an important factor. In Taiwan, too, authoritarianism was replaced by democracy, again with some US assistance.

But what worked in the Philippines, South Korea, and Taiwan is unlikely to work in Thailand, Hong Kong, or Myanmar. The main reason is that the former three countries were what leftists called “client states” during the Cold War. Their dictators were “our dictators,” protected by the US as anti-communist allies.

Propped up by American money and military largesse, they could continue to oppress their people, so long as the US saw communism as a global threat. Once China opened for business and Soviet power waned, they suddenly became vulnerable. Marcos was pressed on American TV to promise to hold a free and fair election. When he tried to steal the result, a US senator told him to “cut and cut cleanly.” Marcos duly ran for his helicopter and ended up in exile in Hawaii.

Similarly, when South Korean students, supported by much of the middle-class, poured into the streets, angry not only with their military government, but with its US backer, America finally came down on the side of democracy. Dependent on American military protection, the generals had to listen when the US urged them to step aside.

The generals in Thailand and Myanmar have no reason to do likewise. Biden can threaten sanctions and voice his outrage. But with China willing to step in as Myanmar’s patron, the junta has no reason to worry very much (though the military has been wary of China up to now).

Thailand’s rulers, too, benefit from Chinese influence, and the country has a long history of playing one great power against another. And because Hong Kong is officially part of China, there is little any outside power can do to protect its freedoms, no matter how many American flags people wave in the streets.

Dependence on the US in Europe and Asia, and the clout that Americans held as a result, was sustained by the Cold War. Now, a new cold war is looming, this time with China. But US power has been greatly diminished since its zenith in the twentieth century. Trust in American democracy has been eroded by the election of an ignorant narcissist who bullied traditional allies, and China is a more formidable power than the Soviet Union ever was. It is also vastly richer.

Countries in East and Southeast Asia still need US support for their security. As long as Japan is hindered from playing a leading military role, because of a tainted past and a pacifist constitution, the US will continue to be the main counterweight to China’s increasing dominance. But as Thailand’s deft balancing of powers demonstrates, US allies are unlikely to become “client states” in the way some were before. Even the South Koreans are careful not to upset their relations with China. The US is far; China is near.

This pattern is to be expected. US dominance can’t last forever, and Asian countries, as well as Europeans, should wean themselves from total dependence on a not-always-dependable power to protect them. Being a “client state” can be humiliating. Yet, the day may come when some people, somewhere, might miss Pax Americana, when the US was powerful enough to push out the unwanted rascals. 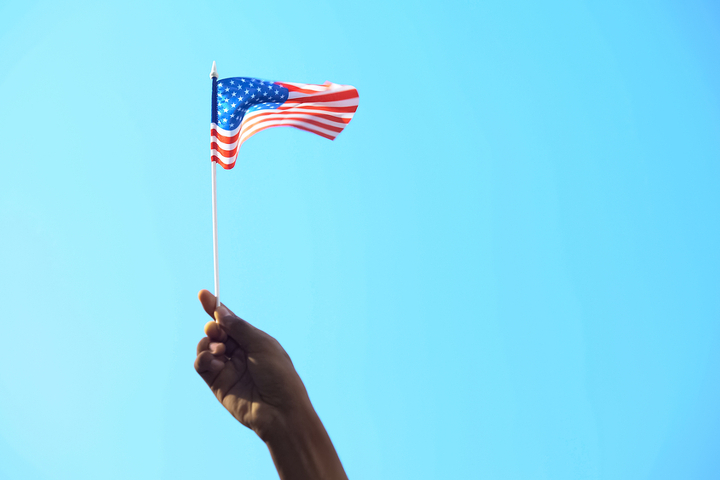