The burgeoning trade war between the United States and China has as much to do with technology as with the balance of trade. Reports have surfaced that the US Treasury Department is drafting rules to block Chinese firms from investing in American companies doing business in so-called industrially significant technology, while the Commerce Department is planning new export controls to keep such technologies out of Chinese hands These moves follow US President Donald Trump’s proposal to impose tariffs on $50 billion worth of Chinese products, many of which are on the priority list for “Made in China 2025,” President Xi Jinping’s blueprint to transform China into a global leader in high-tech industries like aerospace, robotics, pharmaceuticals, and machinery. Although the Chinese government has refused to modify its initiative, the US is demanding that China end all government subsidies and grants under the program. Trade talks have stumbled on this point.

America’s concern with Made in China 2025 is understandable; China’s approach to technology development has been controversial, to say the least. But there are better ways to respond to China’s policies. Two ways, to be precise.

First, America and other trade partners must continue to confront China on its intellectual-property (IP) violations and market-access inequities. Under free-market competition, one country’s successes in science and technology should not come at others’ expense. Innovations like new cancer drugs or faster computing should benefit people everywhere – not only those fortunate enough to live in the country where the discoveries happen to have been developed.

With a deep pool of talent, China has much to contribute to progress in science and technology; the world should welcome China’s efforts to innovate. But the terms of competition and development must be market-conforming, not market-distorting. Given China’s spotty record on market access and IP protection, the US is right to consider how the Made in China 2025 strategy will affect American interests. Its policymakers should focus, however, on getting the rules of the game right, rather than stopping Chinese innovation per se.

The second response is even more important: as China develops its innovative capabilities, the US must invest more in its own science and technology base. Visionary leaders, rather than cowering in fear of Made in China 2025, should use it to galvanize support for science and technology. In other words,  “Made in China 2025” could be another “Sputnik moment” for America.

When the Soviet Union successfully launched Sputnik 1, the world’s first man-made satellite, on October 4, 1957, the achievement sent shock waves through the US government, which responded with huge investments in rocket technology, research, and education. In less than a year, President Dwight Eisenhower had approved funding for the National Aeronautics and Space Administration and launched Project Mercury, NASA’s first human spaceflight program.

In 1959, Congress allocated $134 million to the National Science Foundation, an increase of nearly $100 million from the previous year. By 1968, the NSF’s budget had increased to nearly $500 million. During this period, the US government also stepped up research support and poured money into programs to strengthen American students’ skills in math and science.

Collectively, the US response to Sputnik propelled advances in aeronautical science, microelectronics, integrated circuits, and communications. It is not an exaggeration to say that government policies in this period laid the foundation for decades of US dominance in global science and technology development.

US President Donald Trump’s administration, like many before it, has had a ... →

Made in China 2025 demands a similar response. But at the moment, America’s commitment to innovation remains grounded. Not only is the Trump administration failing to support innovation; it is also actively derailing investments in tech-related research. For example, Trump is trying to revive dirty fuels like coal, which powered the first Industrial Revolution, rather than investing in solar, wind, and other renewables that will power the “Fourth Industrial Revolution.”

Trump is not the only guilty party; Congress has been equally uninspired for years. According to the American Association for the Advancement of Science, federal funding for research and development in 2017 fell by 23.6% in real terms compared to 2007. Since 1976, federal spending on R&D has actually declined as a percentage of GDP – from 1.2% to just 0.7% this year.

Furthermore, instead of supporting advanced education, the Trump administration has proposed cutting $3.6 billion (a 5.3% reduction) for such support from the 2019 education budget. At the same time, the tax legislation passed by the Republican-controlled Congress in December 2017 imposes an unprecedented tax on those university endowments valued at over $500,000 per student. While only a handful of schools will be affected, the hardest hit include major centers of research like MIT, the University of Chicago, Harvard, and Stanford – the very institutions the US must rely on to maintain a competitive advantage.

America needs another Sputnik initiative. Innovation hates a vacuum: If the US fails to boost its support for science and technology, other countries should and will fill the void. Ultimately, the enemy of American innovation is not trade or Made in China 2025. The real enemy is American leaders’ own lack of vision. 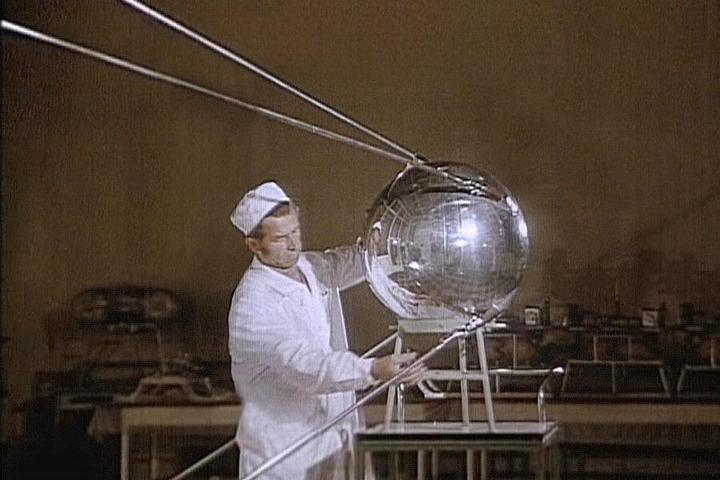