AUCKLAND – Back when states regularly used armed forces to compel others into compliance or dependence, sovereignty was primarily a geographic and military concept. But the term has more recently taken on an added dimension The COVID-19 pandemic, for example, revealed the West’s dependence on China for supplies of face masks and personal protective equipment. And former US President Donald Trump weaponized American technology and payment systems in an effort to advance US interests. Technology sovereignty – or the lack of it – is fast becoming a central strategic issue, not least for Europe.

Imagine, for example, that Vice Admiral Eugene H. Black III, the commander of the US Sixth Fleet, suddenly requested something unpalatable of UK Prime Minister Boris Johnson, noting that his fleet was stationed in the English Channel. The government and most people in the United Kingdom would regard this as a very strange manifestation of the bilateral “special relationship,” and object strenuously.

Yet, there was no public outcry last year when Mike Pompeo, Trump’s secretary of state, leaned heavily on Johnson to exclude Chinese technology firm Huawei from the UK’s 5G network, implying that the United States otherwise would stop sharing intelligence with the UK. Pompeo also referred to the fact that the US controls the City of London’s payment infrastructure, and that all electronic chips used in the UK require US electronic design tool software.

The public silence in response to Pompeo’s tactics came despite a thorough analysis by GCHQ, the UK’s high-tech intelligence and security agency, which had concluded that Huawei products were safe to use in non-critical parts of the country’s 5G infrastructure. Pompeo’s coercion was no less blatant than that in the hypothetical example above, but technological might is less visible to the public than a US aircraft carrier in the Thames Estuary.

The UK long overlooked its technological dependence on other countries, because it believed that supply chains were secure and regarded America as a reliable ally. Both of these assumptions are now in question.

From now on, every country or group of countries must ask itself three questions. First, do we produce the technologies we need? If not, do we have access to them from a number of sources? And if still not, do we have guaranteed, unfettered, long-term (more than five years) access to them from monopoly or oligopoly suppliers from a single country, typically the US or China?

A country that answers no to all three questions is vulnerable to technological coercion that is no less severe than the military coercion of yesteryear.

Does the UK have all the critical technologies it needs for its economy and government to function properly? To take just 5G, payment systems, and semiconductors as examples, the answer is clearly no.

Nor is it likely that the UK, acting alone, can secure guaranteed, unfettered, long-term access to these technologies, given that the outcome of international trade negotiations is determined by the relative heft of the participants. The UK accounts for about 1% of the world’s population and 2% of global GDP (in purchasing-power-parity terms), and has almost no globally dominant technologies.

Despite Brexit, therefore, the UK’s only rational option for achieving technology sovereignty is to collaborate with the world’s third economic superpower, the European Union. Whereas the chimera of national sovereignty has hypnotized the English, in particular, the EU understands the real threats to sovereignty in the hyper-technological twenty-first century and has been developing policies to protect itself.

Specifically, Europe recognizes that it risks becoming collateral damage in the current US-China trade war. Trump’s aggressive overreach in using America’s semiconductor dominance to cripple Huawei served as an alarming “Sputnik moment” for the Chinese government, prompting it to launch a massive state-funded national effort to make the country independent in semiconductor production.

China can and is outspending the US in semiconductor development, and is deploying many times the number of highly trained engineers, leaving no doubt that the country will rapidly end its dependence on America in this sector. If China comes to dominate the global semiconductor industry, as it may very well do, the relationship may be reversed – battle won, war lost.

The rational alternative to Trump-style strategic myopia is to help China develop its semiconductor industry based on the principle of reciprocity. For example, in exchange for intellectual property (IP) and technical support, China could be given permission to build semiconductor factories in Europe to serve European markets, and share the jointly developed IP. This strategy previously worked well with the Japanese car industry.

Technology sovereignty is a particularly salient issue today in the UK, where the government must soon decide whether to allow US technology giant Nvidia’s planned takeover of Cambridge-based chip designer Arm. Nvidia’s purchase of the firm – whose microprocessors are in most cars and information-technology infrastructure equipment, as well as 95% of the world’s mobile phones – would create yet another giant US technology monopoly, this time in mobile computing. It would also invariably enhance US powers of coercion vis-à-vis the UK, and deprive Britain of a valuable bargaining chip in the struggle for technology sovereignty.

Beyond maintaining Arm’s independence, the UK and the EU should together establish a €100 billion ($120 billion) Technology Sovereignty Fund to counter the $100 billion that the US is spending on its technology sovereignty and the even larger amounts China is mobilizing. Europe needs to build alternatives to Chinese technology manufacturing monopolies and to US-based IP, digital, and payment monopolies.

The only stable and equitable solution to the global technology sovereignty problem is to apply the reciprocity principle to establish independent sovereignties for the US, China, and Europe. Achieving that might even lead to a world order in which Vice Admiral Black and the Sixth Fleet spend more time at home. 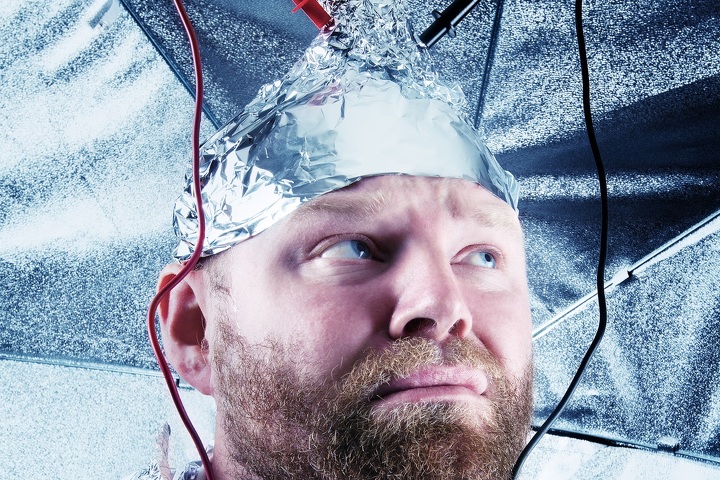