BANGKOK – By now, most countries in Asia and the Pacific have proposed some sort of post-pandemic recovery package. Many include investments in sustainability, which the United Nations has repeatedly urged governments to undertake. Some plans currently include only budget totals, with policymakers yet to allocate the spending Regardless of their current level of detail, all of the region’s recovery programs omit a key demographic: rural women. Unless governments quickly bring a gender perspective to their spending priorities, this large and vital group will be left behind, and the economic impact of official programs will fall short of their potential.

Such an outcome would add insult to literal injury. Rural economies, which already had a weaker financial cushion and less access to public services than urban areas, have been besieged on three fronts: by the COVID-19 pandemic, the related economic downturn, and the relentless advance of climate change. Moreover, women have suffered more than men from the pandemic’s knock-on effects, incurring greater economic losses and mental-health burdens.

The key to fostering a post-pandemic recovery that benefits rural women is to create green jobs that can weather climate-change shocks and revitalize entrepreneurship in sectors like agriculture and energy. Here, small and medium-size enterprises run by women can play a vital role.

Modest changes to how governments allocate and prioritize recovery funds, particularly in renewable energy investment, can improve the lives of tens of millions. And in some larger countries such as India, where lockdowns, disrupted supply chains, and loss of urban livelihoods have triggered a reverse migration to villages, such adjustments will benefit far more people.

Supporting green energy is an easy target for recovery packages. Renewable energy development has proven to be resilient throughout the pandemic. Even with delays in sectors like transport and construction, new renewable-energy projects have proliferated. South Korea, for example, recently announced that it will invest $43 billion to build offshore windfarms.

Electricity output from renewables increased by almost 7% in 2020, but this does not tell the whole story. One might intuitively think that women and men benefit from renewable energy infrastructure in basically the same way, but the reality is very different.

In Asia and the Pacific, it is usually women who are actually using energy in a household. But the system is not designed for them. In some countries, such as Bangladesh, women don’t have access to renewable energy, because it is deployed in areas traditionally reserved for men, such as public markets.

Miniso founder Ye Guofu is confident that demand for his low-cost products ... →

To rectify this, governments can provide incentives like grants and soft loans for the installation of small-scale renewable-energy systems in off-grid rural areas. In Bangladesh, for example, the Infrastructure Development Company Limited provides direct subsidies and microcredit financing for home solar systems.

Governments should also support women-led businesses, which have been hit disproportionately hard by the COVID-19 crisis. Studies carried out by the UN Environment Programme under the EmPower project, jointly implemented with UN Women and funded by the Swedish government, show that small-scale enterprises run by women have been rocked by revenue losses, cash-flow limitations, and challenges in attracting new investment.

Because women in the region are often more economically active in the informal sector, they are not included to the same extent as men in recovery funding. Governments should therefore add a gender component to recovery programs, so that they can effectively target all those in need.

A third simple solution is to invest more in promoting digital literacy and skills among women and marginalized communities. The digital gender divide is large. Women in low and middle-income countries are 8% less likely than men to own a mobile phone. And in 2019, just 48% of women globally were online, compared to 58% of men.

Greater digital literacy could enable women to play a larger role in the region’s renewable energy sector. Buying, selling, and tracking the use of household energy are increasingly conducted online, with countries such as India, Nepal, and Bangladesh using digital platforms to aggregate market demand and match consumers with energy suppliers. Better understanding of these technologies will give women – whether smallholder farmers or entrepreneurs – the chance to tap (and expand) existing markets for small-scale energy production.

Such initiatives could generate other benefits, too. Stable, reliable electricity supplies from renewable minigrids managed by women in rural areas could help power mobile telecommunication towers, for example, enabling telecom operators to expand their coverage.

Gendered recovery packages would benefit both governments and businesses, and not only in Asia and the Pacific. Policymakers would foster inclusive economic development and demonstrate social and environmental stewardship, while firms would benefit from new markets and an increasing online population willing and able to pay for goods and services. And nobody would be left behind. 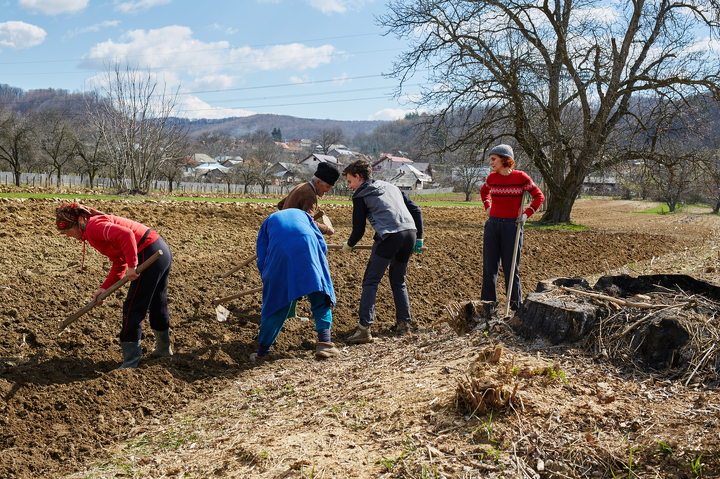