NEW YORK – The international community urgently needs new tools, ideas, and initiatives to meet the common threats and challenges faced by the United Nations’ 193 member countries. The world body’s 75th anniversary, to be marked on United Nations Day on October 24, presents an opportunity to chart a path to the partnerships we need to meet the challenges we will face in the years and decades to come. In the wake of the COVID-19 pandemic – the costliest and most far-reaching crisis since World War II – the need for institutional renewal and recovery is obvious Among the most ominous threats and challenges, beyond pandemic disease, are a rapidly changing global climate, violent conflict and large-scale displacement in fragile states, and sophisticated cyber-attacks. What these challenges have in common is that they are beyond the ability of any country to resolve on its own. International cooperation is crucial, but that cooperation is being jeopardized by a resurgence in nationalism which threatens the very structure of the international order built three-quarters of a century ago.

Rising nationalism raises a significant risk that the UN system’s structure and institutions, essential but in need of repair and rejuvenation, may instead be left to decline, decay, and even collapse. Such an outcome would be tragic, not just for those institutions but for all of humanity.

We believe there is another path. To help promote cooperative responses to today’s most pressing global problems, we are delighted to lend our support to the Roadmap for the Future We Want & UN We Need, presented last month to the President of the UN General Assembly at the UN75 Global Governance Forum. Having defended our countries’ foreign policies as their representatives in New York, and having shaped them at the helm of our respective foreign ministries, we know from experience that original ideas from external stakeholders can help move complex multilateral organizations toward positive-sum outcomes.

Individuals and organizations from across global civil society have an opportunity, during this year’s commemoration of the UN’s founding, to help create “The future we want, the United Nations we need,” the anniversary’s umbrella theme. The Secretary-General’s Global Conversation has already engaged over a million people worldwide through surveys, formal polling, and hundreds of dialogues. Such discussions and debates serve as a reminder that the UN system has, over the past several decades, offered lifesaving support to vulnerable people, safeguarded basic human rights, advanced sustainable development, and prevented a Third World War.

If all member states act upon the UN75 Declaration properly and with the support of global civil society, they can nurture a renewed spirit of international cooperation with two mutually reinforcing goals: institutional strengthening and a robust, “green” recovery from the pandemic.

LONDON – With the global trading system under severe pressure, internationa... →

In particular, we, alongside other partners, call upon world leaders to raise the ambition of the Declaration’s twelve commitments. They should agree to augment each with carefully developed proposals and action plans to bolster institutional capacity, improve policy, and strengthen public-private partnerships, all of which will be further developed in the follow-up report from the UN Secretary-General mandated by the Declaration.

We also advocate a World Summit on Inclusive Global Governance, as called for in the Stimson Center’s recent “UN 2.0” report. To be held by September 2023, the summit would seek to upgrade and equip the global governance system to address major issues facing the international community, and to usher in a new compact with citizens to enhance and rebuild confidence in their multilateral institutions.

In the lead-up to this 2023 leaders’ meeting, two G20 Summits, akin to those held in London and Pittsburgh to chart a way forward from the 2008 global financial crisis, should be convened in 2021, focusing on coordinated macroeconomic, social, and environmental policies to promote a durable recovery from COVID-19. These discussions among the leaders of the largest economies should be synchronized, in turn, with a broader COVID recovery strategy that seeks the endorsement of all 193 UN member states and support from international financial institutions, the World Trade Organization, and other global and regional bodies.

In 2015, when our Commission on Global Security, Justice & Governance presented its UN70 report, Confronting the Crisis of Global Governance, both the headlines and trendlines foreshadowed the return of virulent nationalism, fueled by surging migration, economic inequality, and leaders who dehumanize others and seek to divide rather than unite. Five years on, enlightened leadership is needed more than ever, supported by ideas and political pressure from civil society worldwide. By reviving cooperation to meet today’s many challenges, we can ensure that “the future we want,” for today’s younger generation and all future generations, becomes the future we get.

Ibrahim Gambari is a former Nigerian foreign minister and ambassador to the United Nations. They are former co-chairs of the Commission on Global Security, Justice & Governance 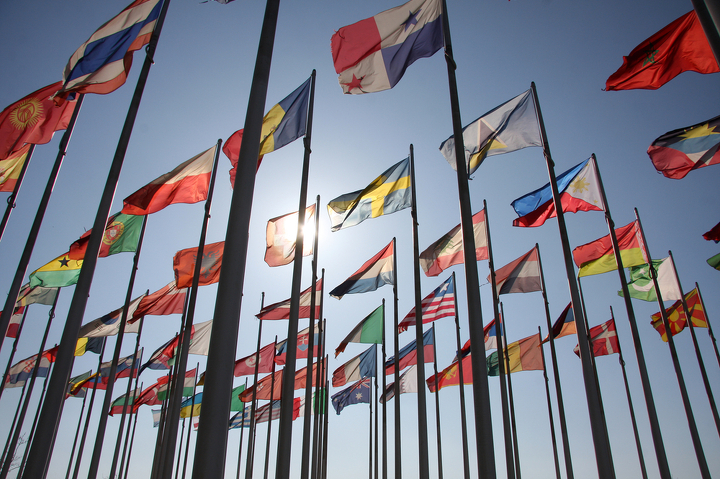