NEW DELHI – The European Union has changed its economic policy for the better by agreeing on a €1.8 trillion ($2.2 trillion) post-pandemic stimulus plan to be financed directly through the EU budget. In particular, more than half of the package – which comprises the EU’s long-term budget and the €750 billion Next Generation EU recovery fund – is earmarked for forward-looking public spending The plan is bold and impressive. There will be support for research and innovation via the Horizon Europe program, and for climate and digital transitions through the Just Transition Fund and the Digital Europe Program, respectively. The package will also establish a new health program, EU4Health, and a Recovery and Resilience Facility to disburse most of the Next Generation EU funds. And a hefty sum will be allocated to social protection, including income support for workers and the unemployed.

Such a policy shift is surely to be welcomed, because it lays the foundations for a more viable economic union. But in a fundamental sense, European leaders – much like their US counterparts – still don’t get it. Just as the stimulus measures announced by US President Joe Biden’s new administration are predominantly aimed at the US economy, the EU package expresses solidarity within Europe, with little concern for the rest of the world.

To be sure, the EU’s big stimulus represents a significant step toward the fiscal union without which the bloc’s monetary union will inevitably be brittle, unstable, and crisis-prone. Such fiscal integration had also seemed essential during the debt crises faced by Greece, Ireland, Spain, Portugal, and Italy from 2010 onward, but Germany and other wealthier member states rejected the idea.

Individual European governments had already spent significant sums in response to the pandemic, under the gaze of a European Central Bank that had suddenly taken a much more benign view of borrowing by member states. By adopting a stimulus package that involves explicit joint borrowing and fiscal transfers between countries, EU member states seem to have overcome a historic taboo of European integration.

What changed in Europe? First and foremost, the sheer scale of the COVID-19 pandemic and the economic damage it caused – including in some of the bloc’s larger economies, like France and Italy – concentrated policymakers’ minds regarding the need for urgent common action. The crisis has forced them into forms of integration and expressions of regional solidarity that were once thought impossible, no matter how necessary they might have been. Brexit probably also helped, because the United Kingdom had traditionally opposed EU-level fiscal expansion.

Whatever the reason, securing agreement on such a package from the EU’s fractious membership was a significant achievement. But greater unity has also reinforced Europe’s belief that it can go it alone in charting a path out of the crisis. With its own house in order, the thinking goes, the EU can ignore or not worry too much about how the rest of the world is faring.

This highlights the starkly unequal nature of COVID-19 policy responses more generally. Advanced economies introduce massive fiscal packages generously underwritten by central banks, while depriving most developing countries of the conditions that would enable similar macroeconomic responses. Such a stance is short-sighted and counterproductive. The immediate and serious challenges of the pandemic and global employment stagnation cannot be resolved or even properly addressed unless they are dealt with globally.

What could the EU (and the United States) do differently? For starters, they could set aside just a small fraction of their large stimulus packages to eliminate bilateral debt owed by poorer countries, and actively pursue sovereign-debt resolution for private creditors. More broadly, they must stop thinking of foreign aid as a gift or charity, and instead allocate funds for global public investment to meet common international goals. And they could immediately work toward significantly expanding developing economies’ access to foreign exchange through a large new allocation of Special Drawing Rights by the International Monetary Fund.

Above all, the EU and the US could immediately end the horrifically unequal access to COVID-19 vaccines, which sums up the Union’s wrongheaded approach. Although European media rarely mention this – the EU sought to bypass the fair distribution system established by the COVID-19 Vaccine Global Access Facility (COVAX), and purchase vaccines directly from pharmaceutical firms, thus denying supplies to the rest of the world.

Worse, by insisting on preserving pharmaceutical companies’ patent rights for vaccines developed with government subsidies and on the back of public research, the EU is helping to prevent the expansion of vaccine production to levels that would enable the entire world to be rapidly immunized. It would be far better to suspend patent rights or even allocate compulsory licenses to producers in countries like India with proven vaccine-manufacturing capacity. This would dramatically increase global supply and reduce the risk of dangerous coronavirus mutations, thus ensuring a much quicker end to the pandemic.

The idea that the EU can emerge from the COVID-19 crisis while the rest of the world flounders will quickly be proved wrong. Even for wealthy regions like Europe, any plausible vision of a sustainable post-pandemic future necessarily requires international solidarity. 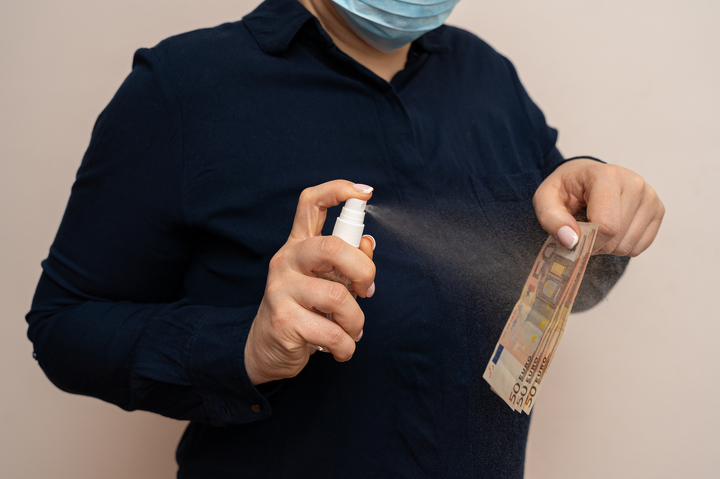