NEW YORK – The latest report from the Intergovernmental Panel on Climate Change (IPCC) is unambiguous. Humanity has already emitted enough greenhouse gases to raise the atmospheric temperature by at least 1.5° Celsius above pre-industrial levels This will cause extreme and irreversible climate change over the next two decades.

There is still time to prevent catastrophic global warming, but it will require reducing carbon dioxide emissions 80% by 2030 and 100% by 2050. And while United Nations Secretary-General António Guterres has called the latest report a “code red for humanity,” an effective response remains far from guaranteed.

NEW YORK – The world has finally awoken to the existential imperative of se... →

As it stands, the UN’s annual Emissions Gap Report 2020 shows that the rich OECD countries are not reducing their emissions fast enough, and developing economies are on track to continue increasing theirs. In advance of November’s UN Climate Change Conference (COP26) in Glasgow, world leaders are rushing to agree on more ambitious emissions-reduction goals – so-called nationally determined contributions (NDCs). Recognition of the need for climate action has never been stronger.

Nonetheless, the plans under consideration remain grossly inadequate, and the political will needed to change that is sorely missing. This “gap between rhetoric and action,” the International Energy Agency (IEA) warns, “needs to close if we are to have a fighting chance of reaching net zero by 2050 and limiting the rise in global temperatures to 1.5°C.” Success will require “nothing short of a total transformation of the energy systems that underpin our economies.”

The IEA has proposed a roadmap for getting the global energy sector to net-zero emissions by 2050. The IPCC report also charts several pathways to creating a net-zero world. Unfortunately, the world’s largest historical emitter, the United States, is not following any of them.

Consider the $1 trillion infrastructure bill that the US Senate just passed. It was supposed to include a number of climate-related provisions, such as creating a clean electricity standard, funding zero-emissions public transit, building a national electric-vehicle charging infrastructure, and establishing a Civilian Climate Corps. But over months of contentious negotiations, those provisions were largely removed, resulting in a policy that, if passed in the House, would support outmoded fossil-fuel energy and transportation systems.

Senate Democrats are hoping to make up for this loss with a $3.5 trillion budget plan, which would support climate action and significantly expand the social safety net. But the bill itself has yet to be written; that is a job for congressional committees. And many elements of it – particularly with regard to climate – are likely to be lost or watered down as it works its way through each committee.

This does not bode well for US Democrats, who rely on the electoral support of younger voters, for whom climate change is a high priority. If Democrats lose power – say, in next year’s midterm elections – the chances that the US will take effective action to protect the planet will be further diminished. Even now, pressure from the fossil-fuel industry lobby and from Republicans is so strong that US President Joe Biden’s administration has not only failed to curb petroleum production on public and tribal lands, but has approved over 2,100 drilling permits.

They are right. For decades, the oil industry has produced manipulative studies and funded major marketing campaigns to convince the public that oil and “natural” gas were essential for economic growth and not harmful to the planet. It has also spent liberally to influence lawmakers at the national and state levels, including in California, a climate leader, thereby blocking climate-related legislation and policies.

US lawmakers must start listening to voters, escape the grip of oil and gas lobbyists, and enact policies that recognize the scale of the climate crisis. This means lowering the country’s carbon-equivalent emissions drastically. Although national emissions have lately grown more slowly than output, the IEA warns that the US economy’s carbon intensity remains much too high. The decoupling of emissions and economic growth needs to accelerate sharply.

The US has the technology and resources to create a modern, clean-energy economy. It simply lacks the political will. This has far-reaching implications. As the world’s largest economy, with the highest per capita CO2 emissions, the US is vital to the success of COP26.

Beyond its direct impact, the US has considerable influence over other large economies, including China, which currently produces 27% of annual greenhouse-gas emissions, and the European Union, which emits 6.4%. Together with America’s 11%, these three economies produce close to half of global emissions. The burden of climate action primarily falls on these economies, which will need to provide financial aid and incentives to encourage other high emitters, such as India (6.6%), to adopt clean energy.

For decades, Big Oil has wielded more power than US voters have. The IPCC’s latest report shows unequivocally why this must change. To keep our planet habitable, popular majorities in favor of climate action – beginning with Americans – must come together and demand that their government do what is needed.

Clair Brown, Professor of Economics and Director of the Center for Work, Technology, and Society at the University of California, Berkeley, is the author of Buddhist Economics: An Enlightened Approach to the Dismal Science. 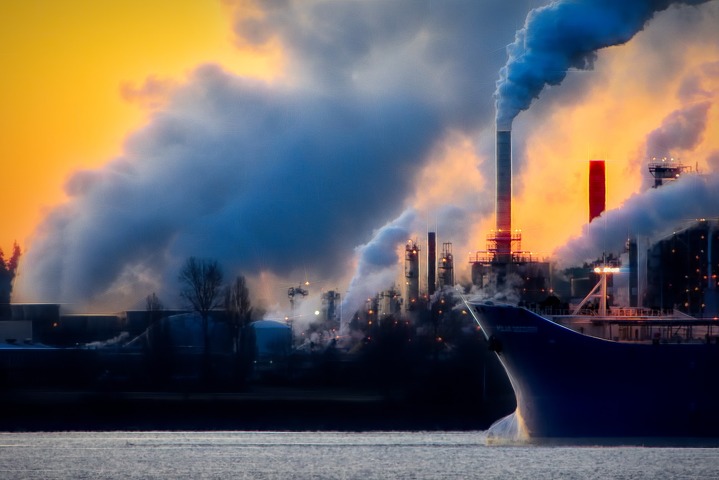