Alibaba Group was hit with the highest-ever antitrust fine imposed in China when the country’s regulator announced on Saturday that it had slapped a fine of 18.2 billion yuan ($2.8 billion) on the Hangzhou-based tech giant. The penalty is equivalent to about 4% of Alibaba’s domestic revenue in 2019 China’s State Administration for Market Regulation (SAMR) said that Alibaba had abused its market dominance when it punished merchants if they didn’t sell their merchandise exclusively on its platforms. Since 2015, Alibaba has been punishing merchants if they used rivals’ sites through a practice dubbed “er xuan yi,” which means “choose one out of two.”

“Alibaba accepts the penalty with sincerity and will ensure its compliance with determination. To serve its responsibility to society, Alibaba will operate in accordance with the law with utmost diligence, continue to strengthen its compliance systems and build on growth through innovation.” Alibaba said in a statement released on Saturday.

In November, China’s regulators abruptly halted the initial public offering of Ant Group, Alibaba’s fintech affiliate, just days before its shares were expected to begin trading in Shanghai and Hong Kong. The government has forced it to restructure to adhere to the same rules and capital requirements that banks have to follow.

SAMR announced in late December that it was investigating Alibaba for alleged monopolistic business practices.

Ma, a former English teacher who became one of China’s internet pioneers, became the focus of regulator’s scrutiny following a speech at a summit in Shanghai in late October when he declared that China’s regulatory restrictions were hampering innovation. Chinese banks had been operating with a pawnshop mentality, he said.

Ma disappeared from public view for nearly three months. He finally re-emerged in January by making an appearance in a 50-second video.

Alibaba said it will hold a conference call on Monday at 8:00 a.m. Hong Kong time to address questions about the regulator’s decision. 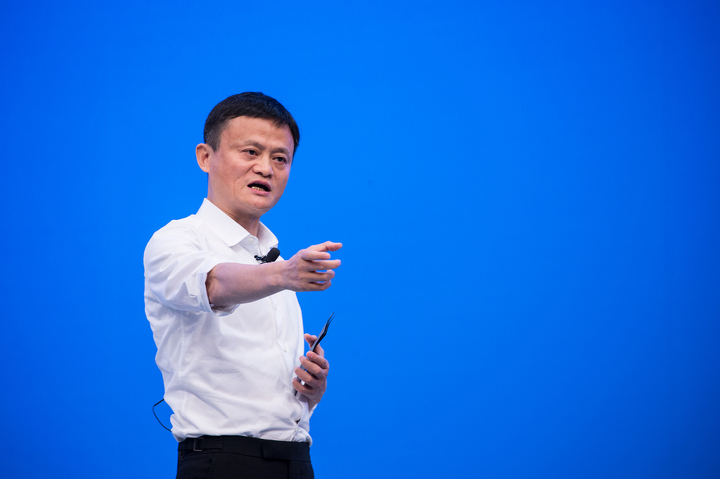