That’s the moral of the story when it comes to Warren Buffett’s $36 billion-plus investment in Apple, which soared to nearly $60 billion in value this October before then plunging 38% in 90 days, wiping out all of Berkshire Hathaway’s investment gains.

Buffett, after all, made a big effort in 2018 to caution investors from reading too much into short-term paper gains on Berkshire Hathaway’s large investments in companies like Apple. The warning came when markets were buoyant, and it was a priority due to a new accounting rule that kicked in last year, which now requires Berkshire to record unrealized investment gains and losses on its income statement. Until recently, the rule greatly flattered Berkshire’s earnings, but Buffett was never a fan.

In November, for instance, Berkshire Hathaway reported a record $18.5 billion third-quarter profit, propelled by $11.4 billion in paper investment gains led by Apple, a feat that would have most investors thumping their chests like King Kong. However, here’s what Buffett had to say about the ten-figure quarterly windfall: “The amount of investment gains/losses in any given quarter is usually meaningless and delivers figures for net earnings per share that can be misleading to investors who have little or no knowledge of accounting rules.”

Talk about throwing cold water on a huge profit. Even better, in his 2017 letter to shareholders, Buffett further complained these gyrations in reported profits “will swamp the truly important numbers that describe our operating performance. For analytical purposes, Berkshire’s ‘bottom-line’ will be useless.”

Of course, Buffett has differentiated himself as an investor by refusing to get carried away during upswings and preparing for down markets. Lo and behold, in 2018 the thin times came quickly. At least his shareholders should now understand what’s to come.

In the fourth quarter, Berkshire Hathaway is likely to post a paper loss on its investments of over $25 billion, putting the conglomerate’s investment portfolio deeply in the red for the year. For 2018, Berkshire is likely to record paper losses well in excess of $10 billion on a portfolio that opened the year at $170.5 billion in size. That’s due to a 14% plunge in the S&P 500 Index in the fourth quarter, punctuated by the worst December performance in generations. Overall, the S&P posted a 4.38% loss for 2018 when including dividends.

A few more grim realities: Some of Buffett’s largest value-oriented investments like Wells Fargo, Bank of America and airlines like Delta and American were big underperformers last year. And 2019 is off to a bad start.

After anointing Apple as the biggest investment in Berkshire’s portfolio during 2018, the iPhone maker kicked off the new year by slashing its revenue outlook due to a slowdown in China and users’ refusal to upgrade their smartphones at a brisk pace. When trading opened on Thursday, the stock promptly plunged 9%-plus, incinerating over $4 billion of value for Berkshire. As it now stands, Buffett hasn’t seen any gains from his Apple investment other than quarterly dividend payouts. FactSet pegs Berkshire’s total costs basis in Apple—a position that was tens of billions of dollars in the green as recently as October—at its current trading price.

Berkshire and Buffett’s Apple pain isn’t just on paper. Meyer Shields, an analyst at Keefe Bruyette & Woods, said in a Thursday note that Apple’s recent drop could shave 8% from Berkshire’s book value per share. And Buffett was the biggest dropper in Forbes’ Real Time Billionaires ranking on Thursday as Berkshire shares slumped 5.6%. By close, Buffett’s net worth was down $4.3 billion.

Apple’s plunge also raises questions about Buffett’s investing performance in the technology sector. A large 2011-2018 investment in IBM was a dud. And the jury’s now out on Apple. Buffett took to the airwaves to extol the value of the iPhone when the Apple shares were surging, arguing users gain more value from the gadget than its hefty $750-to-$1,099 sticker prices. But consumers may not agree. Wednesday’s guidance cut indicates smartphone shoppers are choosing to either buy cheaper phones from Apple’s competitors or are holding onto their older iPhone models for longer. A recent analysis in the Wall Street Journal also revealed how the iPhone’s high sticker price is preventing it from gaining traction in important emerging markets like India.

One thing’s for certain: Buffett was right to be the biggest critic of the bumper profits Berkshire Hathaway reported when Apple and U.S. stock markets were surging in 2018. 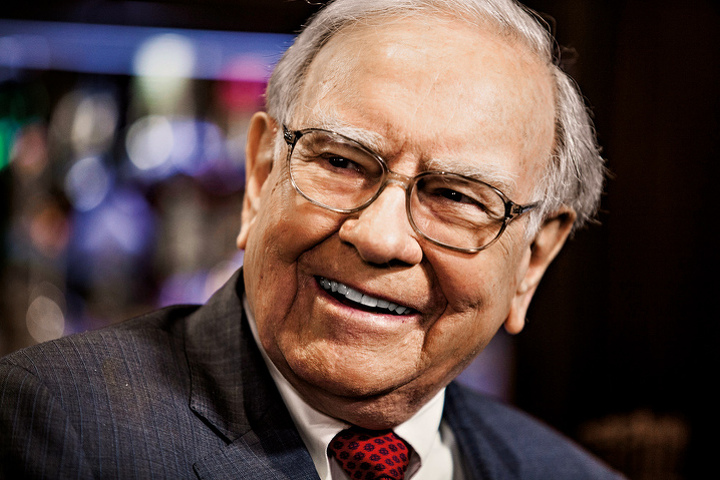