Ant Group has agreed on a restructuring plan with China’s regulators that will turn the fintech giant into a financial holding company subject to capital requirements similar to those for banks, Bloomberg News reported Quoting anonymous sources familiar with the matter, the report said the plan requires Ant to place all of its businesses into the holding company, including its technology offerings in areas like blockchain and food-delivery. An official announcement may come before the start of China’s Lunar New Year holiday on February 11.

“Due to recent significant changes in the fintech regulatory environment in China, Ant Group is in the process of developing its rectification plan, which will need to go through the relevant regulatory procedures,” he said.

China’s regulators abruptly halted Ant’s record $35 billion IPO and subsequently announced investigations into its sprawling business in November. Authorities were said to be scrutinizing the associated risks of Ant’s operations, such as increasing leverage ratios in China’s financial systems.

Meanwhile, Alibaba has also recently been placed under heavy regulatory scrutiny. The Hangzhou-based company has been the subject of an anti-monopoly probe that started in December. It’s said to be under investigation for alleged monopolistic business practices like “er xuan yi,” which means choose one of two. It’s a policy that forces merchants to sell exclusively on just one platform.

On Tuesday, Alibaba said that it had established a special task force to conduct internal reviews, and will cooperate with the State Administration for Market Regulation (SAMR) in its ongoing investigation. The company offered few details on the length or possible outcome of the investigation.

Alibaba had just reported another quarter of strong earnings. Sales for the three months ended in December jumped another 37% to 221.08 billion yuan ($34.24 billion). Net profit came in at 79.4 billion yuan for the same period, which included the company’s annual Singles’ Day shopping bonanza.

Alibaba’s billionaire cofounder Jack Ma, a former English teacher who has long been the face of entrepreneurship and innovation in China, was conspicuously left out of a list of China’s entrepreneurial leaders compiled by state media this week. The omission was a public show of how far he has fallen out of favor with the country’s leaders. Ma had only just made his first public appearance in January after disappearing from public view for nearly three months.

“New capital requirements will completely change Ant’s business model, and any new IPO would be saddled with significantly lower pricing,” he said in an email.

But Shawn Yang, a Shenzhen-based managing director of research firm Blue Lotus Capital Advisors, points out that Alibaba’s anti-monopoly probe comes at a time when the company is already grappling with increasing competition.

Besides direct challenges from e-commerce platforms JD.com and Pinduoduo, Alibaba also has to increasingly compete with short video sites for the attention of shoppers. For example, Bytedance, the parent company of short video app TikTok, is experimenting with adding more e-commerce and payment features to TikTok’s Chinese version, Douyin, which has more than 600 million daily active users in the country.

“Alibaba remains the top choice for merchants but it does have to face the rise of newer platforms,” says Yang, “ The anti-monopoly investigation may expedite this trend, and the company may have to charge merchants less to ensure they will stay.” 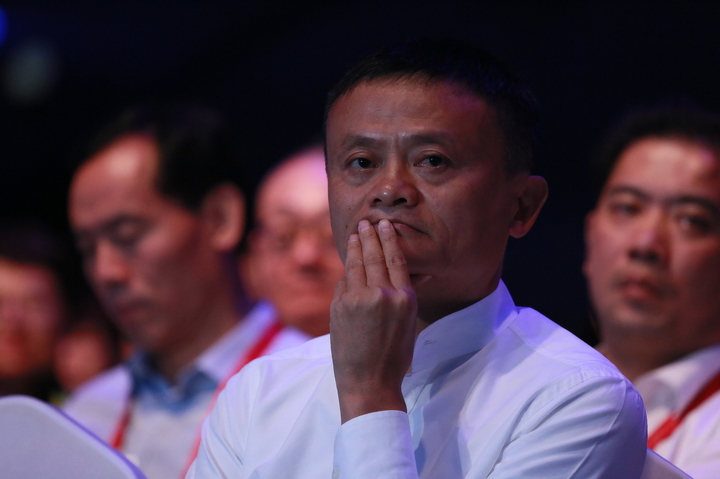