Digital health funding continues to smash new records each quarter, as venture-backed companies raised $14.7 billion in the first half of the year That sum already surpasses the total venture funding raised in all of 2020, according to a new report from venture firm Rock Health. The Covid-19 pandemic has fueled the adoption of new digital health technologies, which already set an all-time high venture funding record of $6.7 billion in the first quarter of 2021. Rock Health’s CEO Bill Evans says that while even he was a bit surprised by such a huge increase compared to last year, the fundamentals checked out. “We saw pace increase and size per round increase,” says Evans. This translated to an average of 11 digital health deals totaling $548 million each week in the first six months of the year, compared to an average of 7 deals totaling $285 million in the second half of 2020.

There were 48 megadeals so far this year totaling more than $100 million each, according to the report. The weight loss app Noom led the pack raising $540 million in May at a valuation of $3.7 billion, according to Bloomberg. Virtual primary care and pharmacy startup Ro was a close second with a $500 million round at a valuation of $5 billion, and the AI drug discovery company Insitro took third place with its $400 million round. These megarounds and multi-billion dollar valuations were nonexistent just a few years ago, but that’s because the sector was in its infancy, says Evans. At that time there was a “baby boom” of digital health startups that are now in later-stage growth raising C, D and E rounds. “It takes a lot of capital to to take a functioning, productive business and scale it,” he adds.

Linkedin cofounder Reid Hoffman coined a term known as “blitzscaling,” which is evident in the current market. The idea being “you have to out-scale the competition and that drives competition,” explains Evans. There is perhaps no better embodiment of this approach today than Tiger Global, the behemoth investment firm that’s been “blitz-funding” its way as an investor in 14 digital health deals totaling $1.8 billion so far this year, according to Rock Health’s analysis. Tiger’s investments include Virta Health, Cedar, Rightway and Innovacer—all companies valued at over a billion dollars.

In addition to the upward trajectory in funding rounds and valuations, Rock Health is also predicting the flurry of M&A activity to continue. “There were a large number of companies that were founded that are fantastic but may not scale as well on a standalone basis as they do within a larger consolidated play,” says Evans. There were an average of 22 digital health acquisitions a month so far in 2021, nearly double last year’s monthly average.

While there’s been a tremendous increase in digital health funding over the past year, there is still plenty of room to grow, says Evans. At $3.9 trillion dollars, healthcare spending represents around 19% of U.S. GDP. In 2020, digital health companies captured around 9% of all venture capital dollars, which remains well below healthcare’s share of the economy. “I don't think we're putting in too many dollars,” he says. But what remains to be seen is whether this flood of capital is being deployed effectively—but only time will tell. “It's a rational, competitive move at this stage of the market for those companies,” he says of the funding stream.

The number of company exits has also been heating up, especially as special purpose acquisition companies, or SPACs, offer an alternative to the traditional IPO route. Eleven digital health companies have exited so far this year—with 6 IPOs and 5 completed SPAC mergers, plus an additional 11 SPAC mergers expected to close by the end of the year.

The momentum is expected to continue through the rest of the year, though Evans acknowledges at some point this era of accelerated fundraising and sky-high valuations will eventually slow down. “This market will rationalize and come down to some extent,” he says. That’s when it will become clearer which digital health companies can justify these valuations as revenue and customer growth separates the winners from the losers. He adds: “Earlier stage companies that commanded excessively high valuations will be the most vulnerable in the next season of digital health investment.” 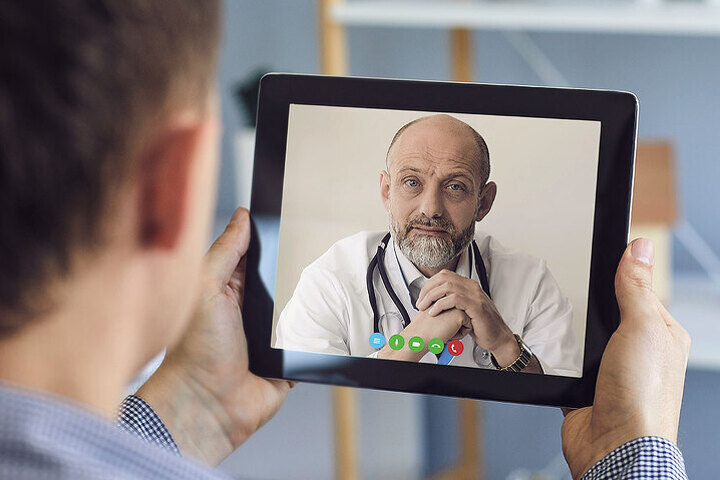