After a year of frenzied trading and sky-high asset valuations, these are the most innovative investing companies in fintech Frenzied at-home trading and sky-high asset valuations became hallmarks of the stock market's pandemic year, fueling a period of explosive growth for a crop of investing-focused fintech companies at the center of it all.

Encapsulating the past year's retail investing boom, Robinhood returns to Forbes' Fintech 50 after falling off the list in 2020, when major brokerages slashing fees sparked tough competition for the mobile-trading pioneer. Amid the stock market's massive collapse and even bigger resurgence last year, Robinhood scored a record $673 million in revenue from routing orders to market-makers, making it the standout leader in a growing space of buzzy trading apps. This year, with so-called meme stocks lifting trading volume to record highs, the company's already set to beat that, booking roughly $330 million in such revenue during the first quarter—more than tripling year over year.

Robinhood is far from alone in boasting booming growth since last year. Fellow brokerage Stash, which also offers IRAs, debit-equipped checking accounts and even life insurance, doubled its account openings in the last year and raised its biggest investment round in February. And neobank Aspiration, whose trademark funds invest in 100% fossil-fuel free companies, also scored its biggest year ever, more than doubling its users to nearly five million.

One company that didn’t make the cut? Robo-advisor Betterment. Like many on the list, the long-time list member posted its best quarter ever at the start of this year, but it's also faced growing competition from fellow fintech firm Wealthfront, which is also focused on passive investing, and recently public SoFi.

Easier access to 401(k)s and private equity investing are also a part of this year’s Fintech 50.

Here are the most innovative investing companies in fintech

Pitching itself as a fintech for environmentalists, it offers managed IRAs and taxable accounts invested in 100% fossil-fuel free companies. Aspiration’s “spend and save” cash management account offers ATM withdrawals and a debit card with cash back from select “conscience coalition” companies. Customers can pay what they want—even if it's nothing—or opt for a $7.99 a month premium service that includes interest bearing savings and the purchase of carbon offsets for all gas purchases.

Funding: $255 million from Alpha Edison, AGO Partners, Leonardo DiCaprio, Orlando Bloom and others

Bona fides: Over the past year, users have more than doubled to nearly five million

Cofounders: CEO Andrei Cherny, 45, and Joe Sanberg, 41, a politician and an entrepreneur, respectively, who met at a Harvard student event 24 years ago

Offers small businesses 401(k)s for a monthly base fee of $39 plus $8 per participating employee. Funds in its plans (mostly from Vanguard) have rock-bottom fees averaging .07% of assets; employees can set their own allocation or follow Guideline’s personalized recommendations. Benefits providers Intuit and Square use Guideline as their 401(k) partner.

Latest valuation: $425 million, according to PitchBook

Bona fides: In the past year, plans on the platform have grown 40% to 20,000, while assets have doubled to $4 billion

Funding: $239 million from BlackRock, Credit Suisse, Ping An and others

Bona fides: After several acquisitions, including of competitor Artivest, and a Wells Fargo alternative investment feeder fund platform, ended 2020 with $70 billion in assets invested through the platform, up 48% from 2019

Bona fides: Booked nearly $331 million in revenue from routing trades to market-makers in the first quarter of 2021, more than triple the amount from the same period in 2020

For a flat monthly fee of $1 to $9, Stash app offers amateur investors a suite of services including fractional share purchases and themed ETFs; Roth and traditional IRAs with a $5 minimum; a no-fee checking account; a debit card; and even life insurance. Debit card purchases yield fractional shares rewards.

Bona fides: Has attracted 5 million customers and more than $2.5 billion in assets under management in the six years since its founding

Cofounders: CEO Brandon Krieg, 46, and president Ed Robinson, 37, who met at a securities firm where Krieg headed up electronic trading 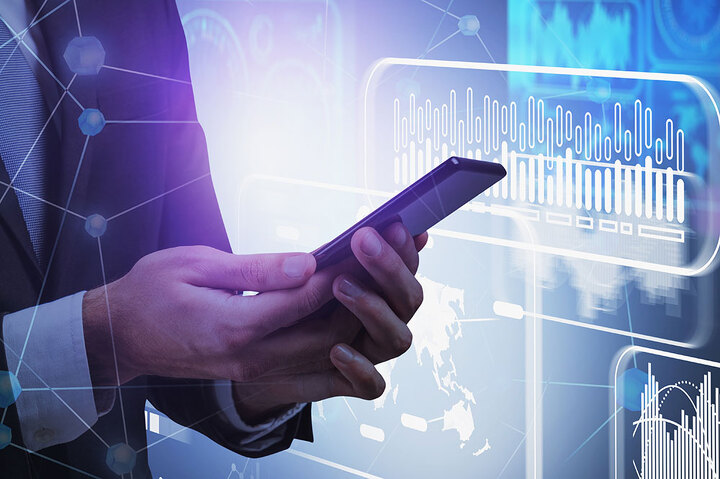