Bitcoin and cryptocurrencies have crashed over last week, with an electrifying $1.3 trillion wiped from the combined crypto market price The bitcoin price has lost almost 50% of its value since hitting its all-time high of nearly $65,000 per bitcoin in April. Meanwhile, ethereum is down by more than half after climbing to over $4,000 per ether token earlier this month.

Now, a leaked report from Wall Street giant Goldman Sachs  has given ethereum, the second-largest cryptocurrency with a market capitalization of around $250 billion compared to bitcoin's $660 billion, a "high chance" of overtaking bitcoin as a "dominant" store of value—calling it the "Amazon  of information."

"Given the importance of real uses in determining the store of value, ether has a high chance of overtaking bitcoin as a dominant store of value," analysts at Goldman Sachs wrote, according to leaked sections of the report shared on Twitter.

The soaring popularity of so-called decentralized finance, using cryptocurrency technology to recreate traditional financial instruments such as loans and interest and designed to replace the role of banks with blockchain-based protocols, has helped ethereum surge over the last year. Non-fungible tokens, largely issued on ethereum's blockchain, to digitalize art and collectibles have added another use case.

"The ethereum ecosystem supports smart contracts and provides a way to create new applications on its platform," the Goldman Sachs analysts wrote.

"Most decentralized finance (DeFi) applications are being built on the ethereum network, and most non-fungible tokens (NFTs) issued are purchased using ether. The greater number of transactions in ether versus bitcoin reflects this dominance."

Over the last 12 months, the ethereum price has far outpaced the bitcoin price, with ethereum adding around 1,000% compared to bitcoin's 300%, even when the last week's price crash is taken into account.

Meanwhile, some think long-awaited upgrades to ethereum, begun at the end of last year and designed to help ethereum scale and reduce its sky-high transaction costs, could help the ether price reach never-before-seen heights.

"Unlike bitcoin, ethereum is not just a value token, meaning it actually fuels all use cases built on top of the ETH blockchain," Kosala Hemachandra, the chief executive of MyEtherWallet, said in emailed comments, pointing to "DeFi, NFTs, decentralized applications."

"Bitcoin is simply a value token with no clear roadmap. Even with the price plunge, long-term development is unaffected and ethereum is well on its way to market dominance over bitcoin." 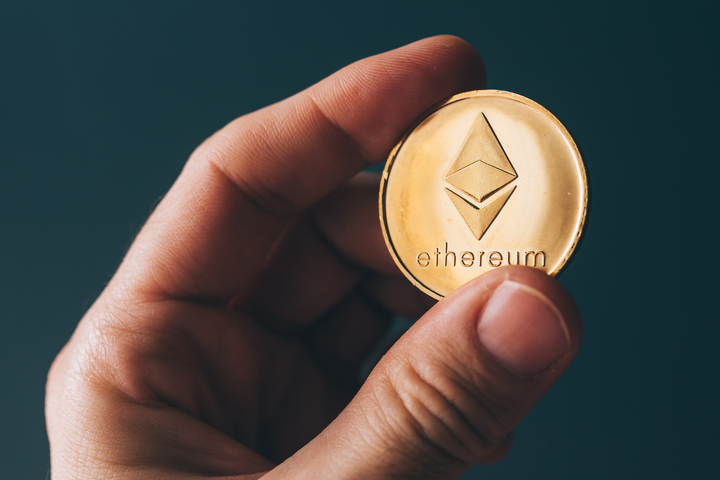