Shares of Lei’s smartphone maker Xiaomi finished the day with a modest gain of 0.6%, after the company said Tuesday evening that it plans to invest about $10 billion into manufacturing electric cars over the next decade. Lei said Xiaomi would pursue the plan through a wholly owned subsidiary, which he described as his last major startup project.

“I will personally oversee this [EV business],” the billionaire said. “I look forward to the future where there is a Xiaomi car running on every road globally.”

The company’s news release effectively confirms a rumor about a possible EV venture that had surfaced earlier this year. Xiaomi’s core business is selling smartphones, more than 60% of last year’s 245.9 billion yuan ($37.4 billion) came from its phone unit. But the market for smartphones has been shrinking. Market research firm Canalys says smartphone shipments worldwide stood at 1.26 billion units in 2020, down 7% from a year earlier partly due to the impact of the pandemic.

Xiaomi is currently the world’s fourth-largest smartphone maker with a market share of 12%, Canalys data shows. Lei, who derives the majority of his wealth from his stake in the company, has a net worth of $24 billion, making him the 13th richest person in China, according to Forbes’ Real-Time Billionaire’s List. Aside from a shrinking market, the billionaire also recently had to tangle with the U.S. government. A federal judge in March ordered a temporary halt to a U.S government ban that blocked Americans from investing in the company, which had sent Xiaomi shares plunging 10% when it was announced in January.

Analysts say electric cars could present a new growth opportunity. Chinese consumers are increasingly attracted by the sleekly designed models, which often have autonomous driving features and can be remotely controlled to stream music or video via in-car displays. This year, China’s sales of electric vehicles is expected to climb to 1.9 million units, a jump of 51% from a year earlier, according to Canalys.

“Internet companies may think they have an advantage because cars are getting increasingly intelligent, and are being compared to computers on four wheels,” says Yale Zhang, an analyst at Shanghai-based consultancy Automotive Foresight. “But making cars is a huge risk, and nobody knows whether Xiaomi’s venture will be successful or not.”

Zhang pointed to the boom-to-bust cycle that China’s EV market experienced just a couple years ago, when hundreds of startups had been seeking to gain a foothold in a growing market. But as government subsidies were phased out and funding dried up, only a handful managed to survive.

Lei said on Tuesday that he made the decision to venture into EVs after careful evaluation and research that began in mid-January. “We are fully aware of the risks involved,” he said. “We are also aware the project will require billions in investment, and likely take at least 3-5 years before we see any return."

A Xiaomi spokesperson said the company had no additional comment at this stage, including how it would manufacture the cars and when it would launch the first model. The company had previously dismissed via China’s Twitter-equivalent Sina Weibo reports that it would make cars using Chinese automaker Great Wall Motor’s factory.

Lei had previously dabbled in the EV industry. Shunwei Capital, a venture capital firm he cofounded in 2011, counts Chinese electric car companies Nio and Xpeng among its portfolio, according to its website. It also invested in Momenta, an autonomous driving startup that had a valuation of $1 billion after a 2018 funding round. 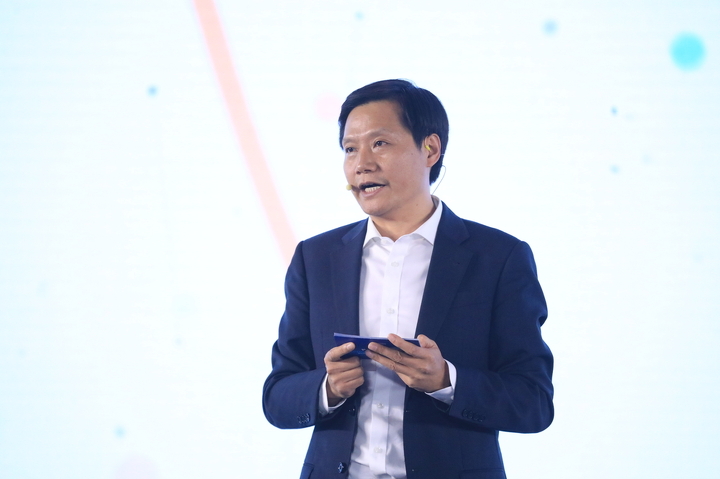